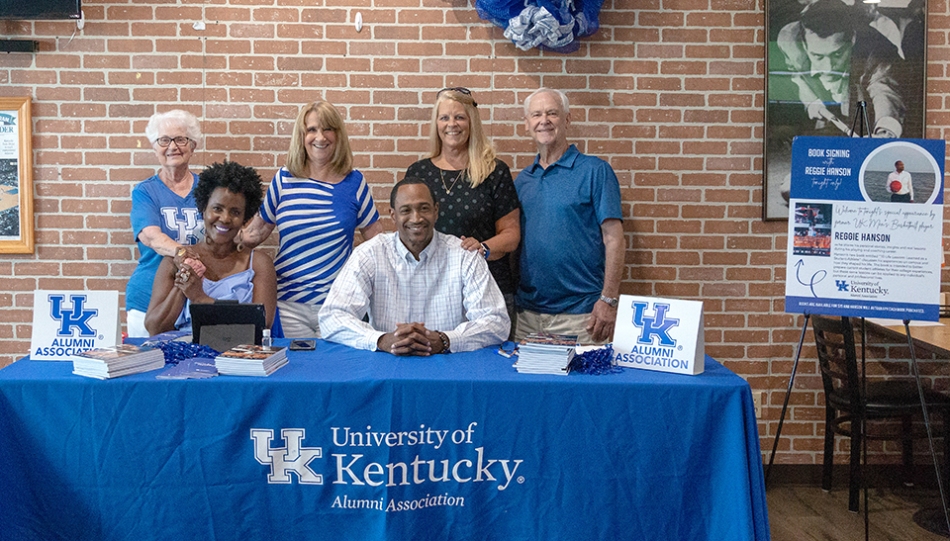 Reggie Hanson  knows all about perseverance.

The Somerset native came to the University of Kentucky with hopes of playing for national titles but soon saw his home-state team devastated by NCAA probation.

Instead of leaving, however, Hanson was there for the beginning program’s resurrection and return to national prominence. Along the way, Hanson learned valuable life lessons as both a college and professional player and coach.

He has now taken those lessons and turned them into a book, “10 Life Lessons: Learned as a Student-Athlete.”

Hanson, who graduated in 1991 with a bachelor’s degree from the UK College of Education, was back in Kentucky earlier this month, partnering with several UK Alumni Association clubs to hold book signings and meet-and-greets around the state with events in Somerset, Winchester, Louisville, Ashland and Northern Kentucky.

Hanson, who now lives in Tampa, Florida, says just the chance to reconnect with UK fans made the trip special.

Which is why he was glad to be able to share his life experiences with UK fans.

Hanson was an assistant to Coach Tubby Smith for seven seasons then coached at South Florida for six more. He also played and coached professionally in Japan. He says players were not always ready for the “real world” after basketball, so he wanted to write this book to give them strategies for coping with life after basketball.

“One thing I recognized was that when the student-athlete graduated, there really was no connection with all the things and experiences they went through, how that translated through life. They kind of lost how to handle themselves when they got out in the real world,” he says. “I talked to student-athletes at both schools and that was one of the things that came out of our conversations. So I thought that was one of the things that needed to be written about. Because student-athletes go through a lot of tough experiences that do translate to real life after college. So I took all their experiences and the experiences I had as a player at Kentucky and showed how they translated.

Coaches, as well, can learn from this book, Hanson says he believes.

“When you’re coaching, you’re not necessarily thinking every experience you’re going through with your team, ‘let’s sit back and see how this translates to real life,’” he says. “You’re developing them as players, as people, as student-athletes, and that mindset does not always translate. So it’s a tool for coaches to have separate sessions. They can look at the book and go, ‘OK, this is what we’re going through, and this is how Reggie describes it in the book, and this is how it would translate to you in real life. So I’m really excited about it.”

Hanson came to UK after leading Pulaski County High School to the 1986 Sweet Sixteen title. He scored 1,167 points in his UK career, but never got the chance to play in the NCAA Tournament due to probation.

It was a time where he questioned where he wanted to do go in his career and why he stuck it out. That is the subject of the first chapter in his book.

“It is about perseverance. That’s what I had to go through when the probation hit. And when we were at the lowest, and I was sitting there trying to figure out do I want to stay or do I want to go. It was a very tough decision,” he says. “At the end of the day it came down to this, I signed up to play for Kentucky just like you sign up to do different things in life.

“I didn’t know probation was going to hit, but I know Kentucky is what I signed up and committed to. So I said I’m going to stay here and commit to helping them get back to where Kentucky is supposed to be. I’m glad I did and some great things came out of it.”

One of those great things, and something he is asked about more than any other, is UK’s 100-95 win over No. 9 LSU Feb. 15, 1990, with future NBA players Shaquille O’Neal, Chris Jackson and Stanley Roberts.

“When I’ve been out, or really any time I run into a UK fan around the country, that LSU game, that game is the one everybody remembers the most,” he says. “The other day someone said that was the loudest they’ve ever heard Rupp Arena. They compared it to one of the games from the 1978 championship season.”

It was a highlight of what turned out to be a memorable college career, one Hanson is proud to have been a part of. In his senior season in 1990-1991, UK went 22-6 and had the SEC’s best record at 14-4. He and Deron Feldhaus led UK in scoring at 14.4 points per game. UK would go on to make the Final Four two seasons later and those first few teams of Wildcats became fan favorites.

“A lot of people love the fact that during that time we went on probation, that group of guys stayed those first couple of years for Rick (Pitino) and what we did in terms of getting the program started in the right direction,” he says.

Hanson says he has sent copies of the book to his former coaches.

“It’s very informative and not just for student-athletes. Anyone who reads it knows what life lessons are about, and it teaches how to attack them, overcome them and be successful with them,” he says. “I just use sports as an avenue to teach it.”

— Story and photos by Hal Morris 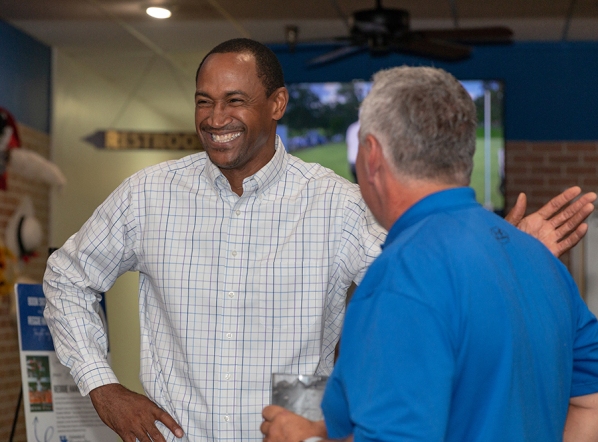 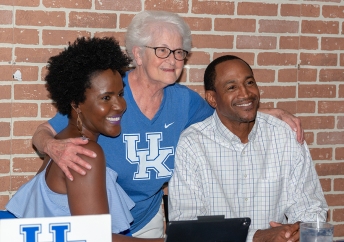 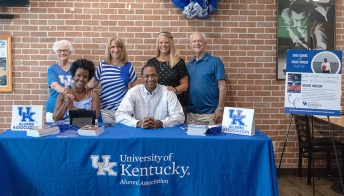 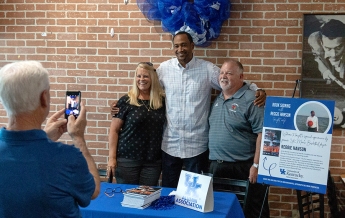 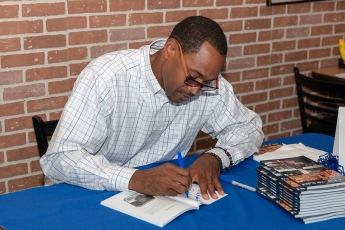 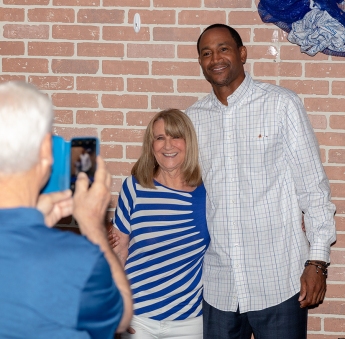 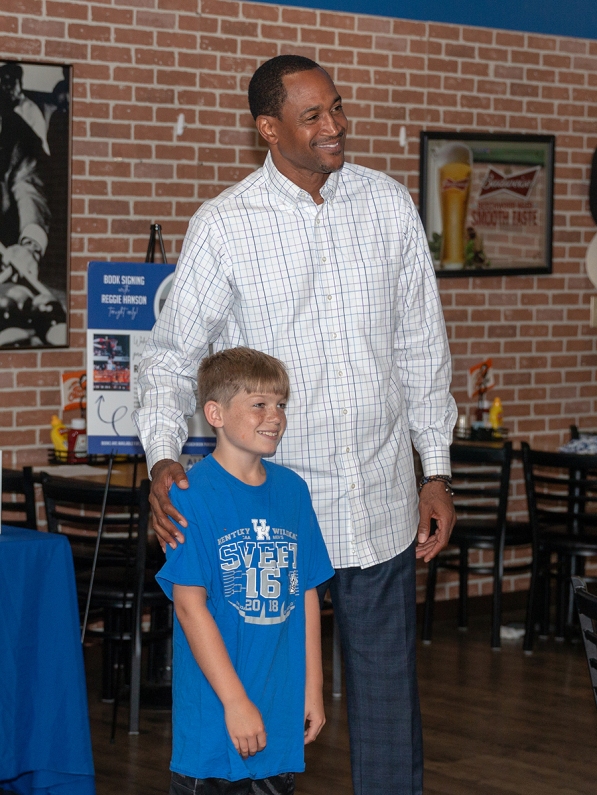 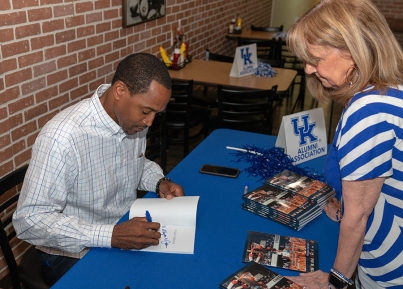 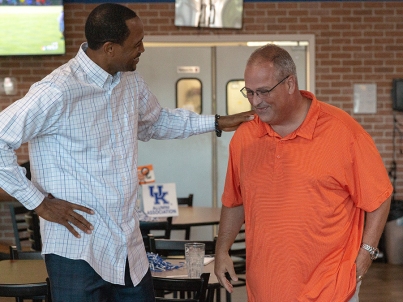 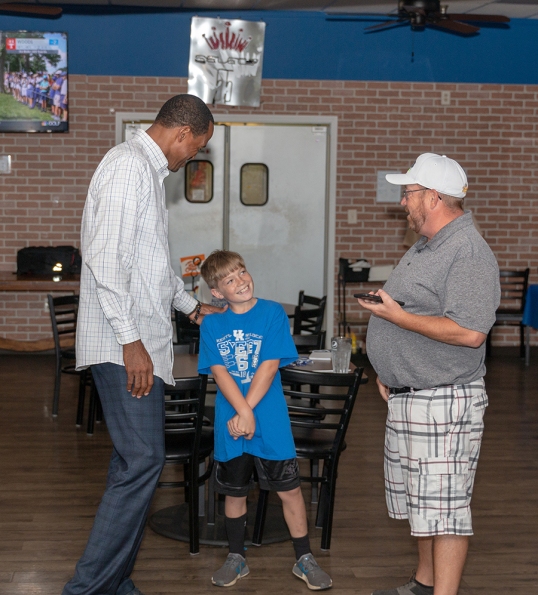 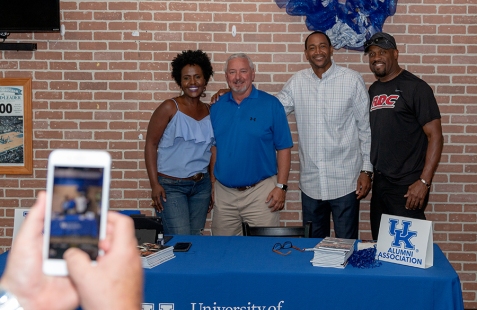 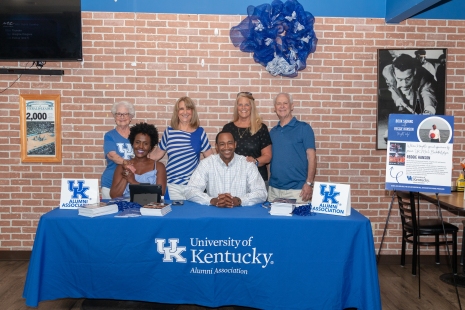 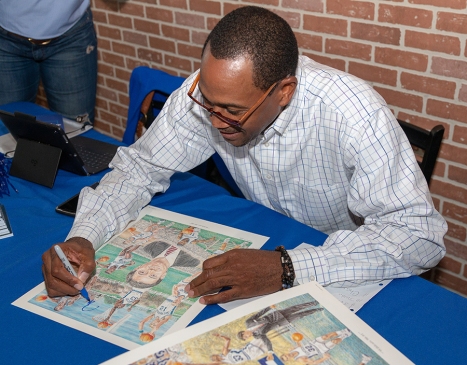 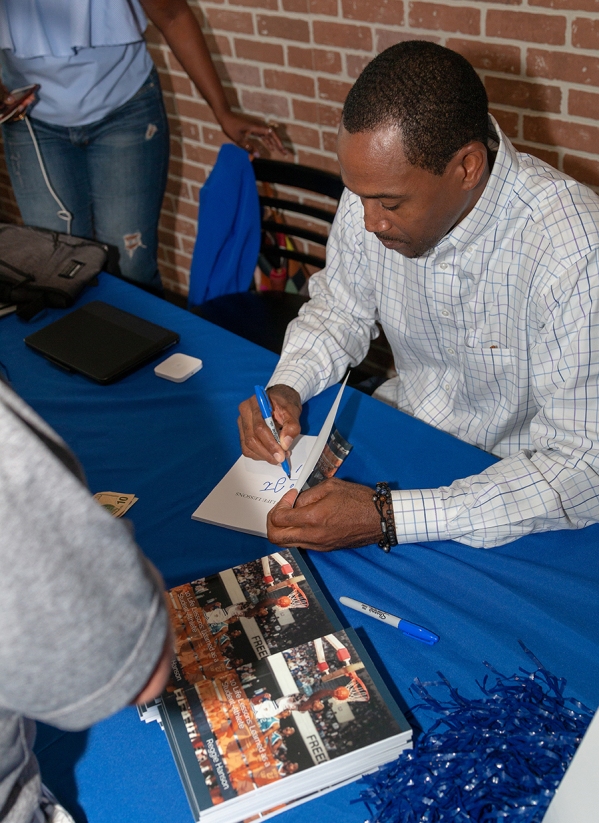 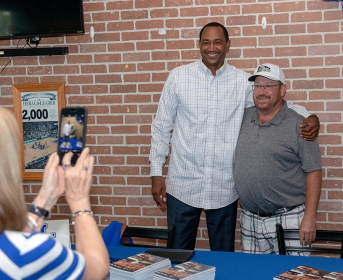 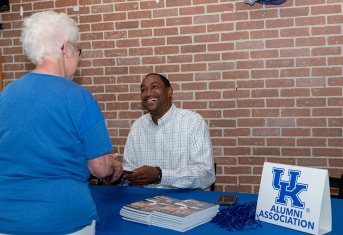 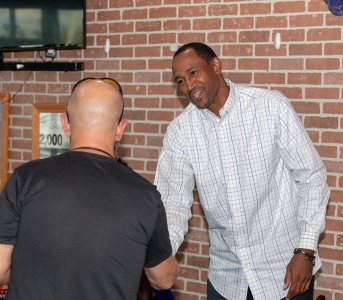 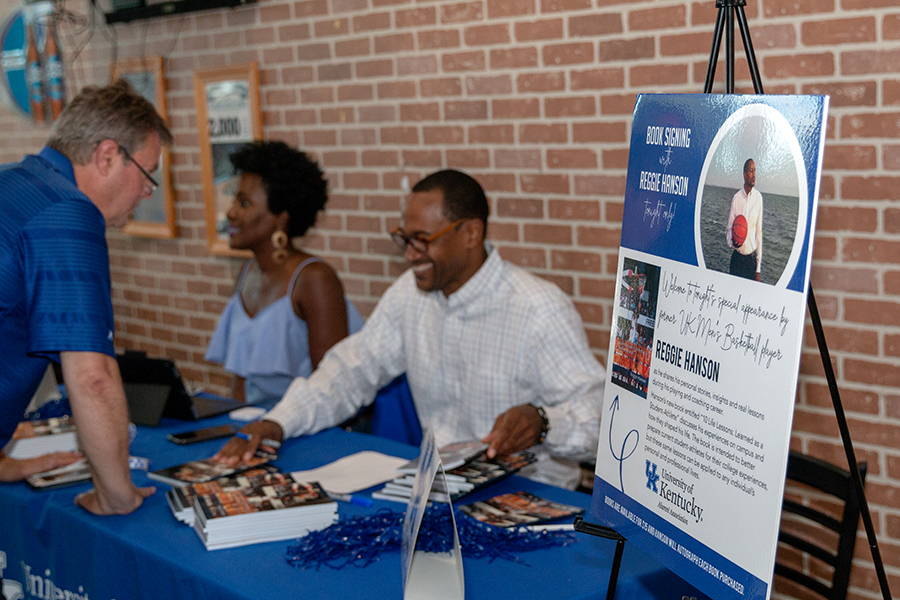