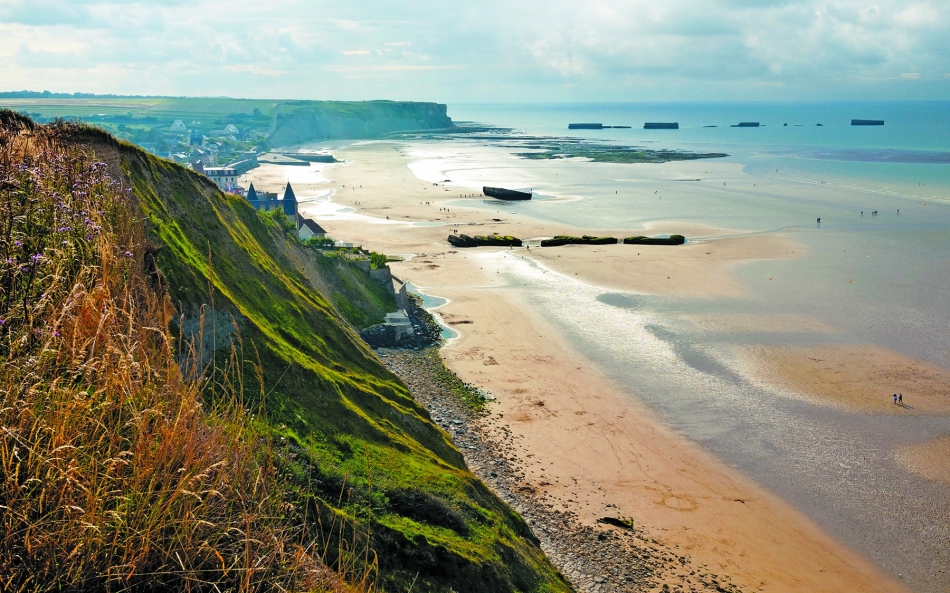 June 6, 2019 marked the 75th anniversary of D-Day, the Allied Forces’ Normandy landings that began Europe’s liberation from the Nazis. On June 6, 1944, more than 160,000 Allied troops landed along a 50-mile stretch of heavily-fortified French coastline, to fight Nazi Germany on the beaches of Normandy, France. Gen. Dwight D. Eisenhower called the operation a crusade in which, “we will accept nothing less than full victory.”

More than 5,000 Ships and 13,000 aircraft supported the D-Day invasion, and by day’s end, the Allies gained a foot-hold in Continental Europe. The cost in lives on D-Day was high. More than 9,000 Allied Soldiers were killed or wounded, but their sacrifice allowed more than 100,000 Soldiers to begin the slow, hard slog across Europe, to defeat Adolf Hitler’s crack troops.

And this past year marked the last major milestone many Word War II veterans will live to see.

“This is the last major anniversary of D-Day in which there will still be significant participation by veterans of the event,” says Robert Citino, executive director of the Institute for the Study of War and Democracy. “If you were 20 years old in 1944, you are 95 today. Sixteen million men and women wore the uniform of the United States military in World War II, but only 450,000 of them or so are still alive. In other words, 97 percent of the generational cohort that fought the war has passed on. The living memory of D-day is about to disappear,” he explained. “And D-Day 75 is the last chance to hear these men, to speak to them, and to bask in their presence.”

You can also walk through a day in history on one of our Traveling Wildcats trips. Our travel partners include northern France and Normandy as part of their yearly excursions to allow visitors to experience and learn about of the most important days in American history. Next year’s trip is Grand Seine River & Normandy Passage, June 6-14, 2020 through AHI Travel.

On this nine-day, seven-night trip along the Seine River, which goes from Paris to Honfluer, France, travelers arrive in Normandy on Day 7. On this part of the trip, travelers will be immersed in wartime history with riveting details from expert guides.
They begin a poignant journey at the Caen Memorial Museum. Regarded as France’s premier World War II museum, Caen Memorial features exhibits exploring the impact of the war.

Next is Omaha Beach, where U.S. forces advanced across the heavily fortified shoreline to overcome German troops.

In Colleville-sur-Mer, visitors pay a poignant visit to the Normandy American Cemetery, set on a beautiful bluff overlooking Omaha Beach.

Other highlights on the trip include:

can see the Latin Quarter and take in the landmarks of the City of Light at night.

• Visiting the home of Claude Monet in Giverny and wander among the lily ponds that inspired the famous impressionist.

• Taking a journey along the scenic Seine to medieval Chateau Gaillard, built by Richard the Lionheart, and 15th-century Chateau de Martainville.

Along the way, traveler can customize their adventure with excursions that suit their interests — from a trip to Versailles to a tour of Paris’s Palais Garnier opera house to a walk through Rouen.

To learn more about the travel program through the UK Alumni Association, visit www.ukalumni.net/travel.

0 comments on “Normandy: a key stop on journeys through France”