On Wednesday, July 25, the first official University of Kentucky Alumni reunion was held in Muscat, Oman. More than 15 proud former Wildcats mingled with several current UK students home for the summer vacation and enjoyed reminiscing over a meal. Fond memories were exchanged, and these included going to Wildcat basketball games, eating at campus area restaurants, and shopping at Kroger.

The event was hosted by Sue Roberts, UK’s Associate Provost for Internationalization, and Nancy Johnson, Associate Dean of International Affairs in the Gatton College of Business and Economics. Aisha Rashid Al Mamri, the President of UK’s Omani Student Association helped organize and host the event.

Oman is a Sultanate in the Persian Gulf region with a long history. UK has welcomed Omani students for more than 10 years, most of whom are sponsored by the Government of Oman to study at UK. In addition, UK has a partnership agreement with Sultan Qaboos University, Oman’s largest and best public university.

Sue Roberts said she thought the evening event was very touching. “It was lovely to hear how strong the alums’ loyalty to UK is. And it was very meaningful to hear them talk about their favorite professors and mentors,” she said.

Nancy Johnson was impressed by, “the alums’ success in launching their careers.  They mentioned that UK prepared them well by fostering independence.”

There are more than 80 undergraduate students from Oman currently studying at UK. Many are pursuing degrees in the College of Engineering, but the Wildcats gathered in Muscat included students with majors in the College of Arts and Sciences, Health Sciences, and Design. The Gatton College of Business and Economics is also home to several Omani students, and UK’s top-ranked PhD program in the College of Nursing will soon welcome a doctoral student from Oman.

UK has several thousand alumni living outside the United States, so the Big Blue Nation is really a transnational community. UK alums all over the world are eager for news of their alma mater, and like to keep up with UK news and athletics. UK recently arranged for Wildcat basketball games to be broadcast in Mandarin so not only alums, but future Wildcats in China can enjoy keeping up with The Cats. Roberts added that it is very important for universities to maintain communication with alumni wherever they may be.

“Most major US universities now have a strategy for engaging their alumni living overseas — be they American alums working aboard, or International Students who may have returned home or be working in a third country.” Roberts said. “UK’s International Center will be working with the Colleges, the Alumni Association and Philanthropy to build up UK’s global alumni community. Alumni are major assets for UK. Wherever they may be, here in Kentucky or in Beijing or Muscat, UK alums are brand ambassadors and they can help the university, including its current and future students, succeed in a globally connected world.” 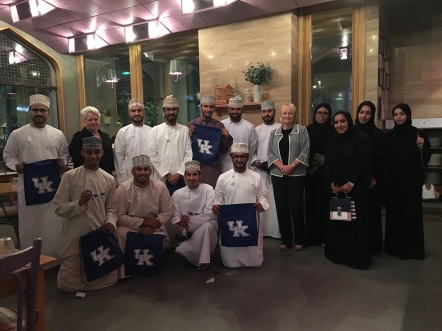 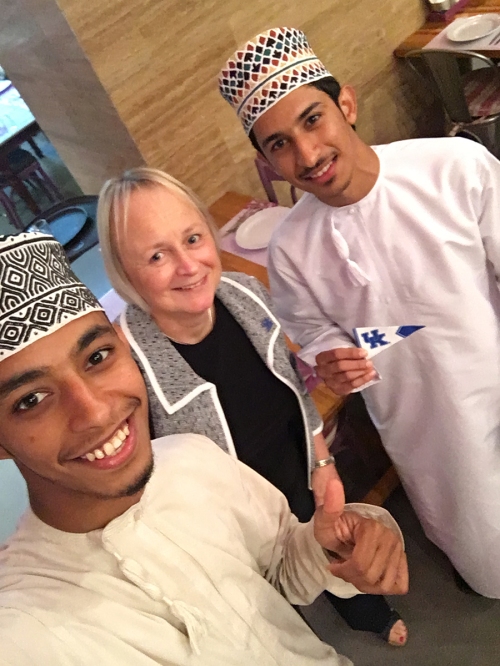